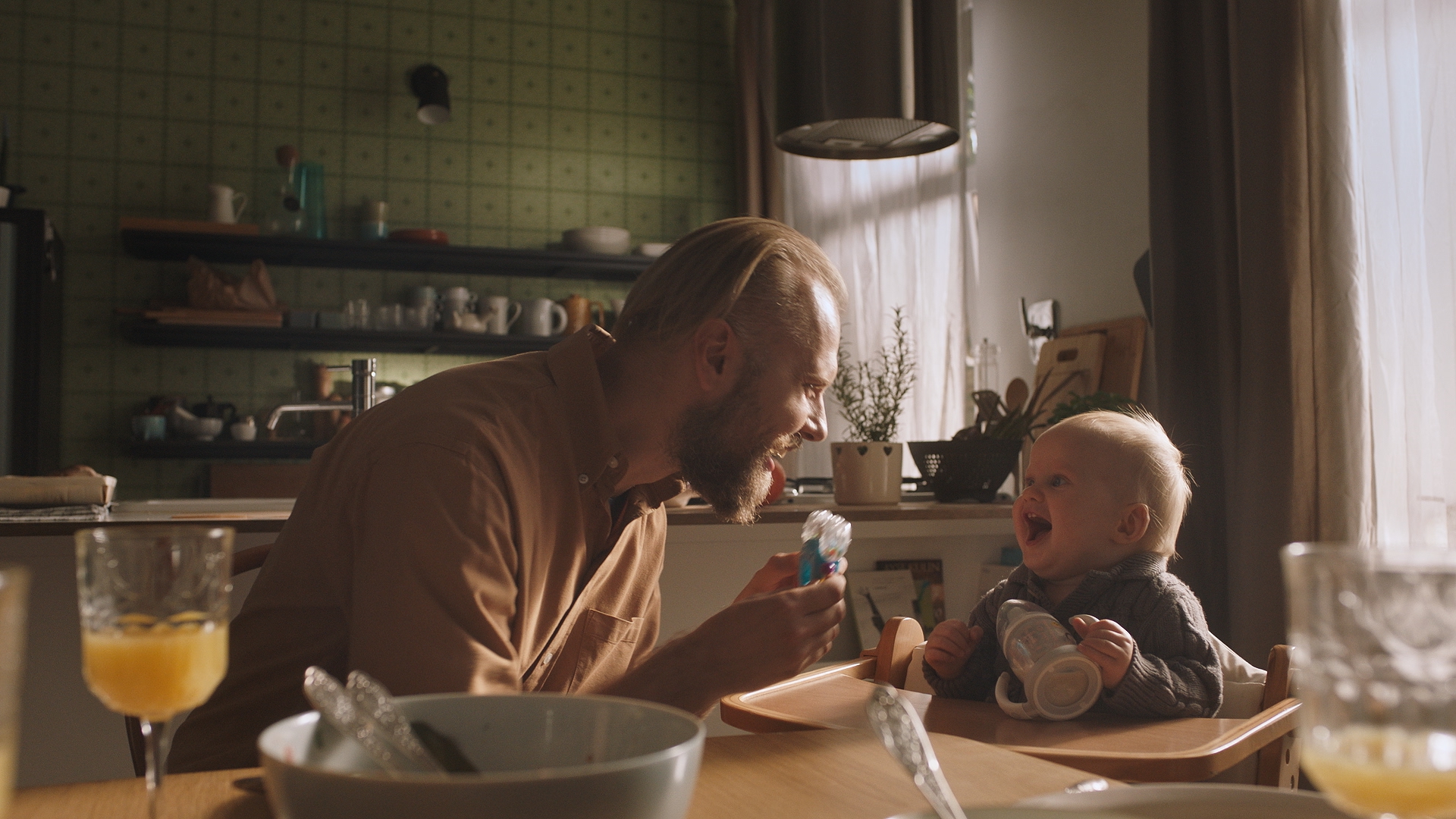 Society strongly supports the active involvement of men in their family life. A recent study conducted by the Office of the Equal Opportunities Ombudsperson revealed surprising results: our society favours paternity, family-oriented men, and a more active role of a man in the family, as well as supports all men who do not simply want to be dads “on paper” or “on weekends”. The office presented these results by launching a social campaign called “Being a father is the greatest gift”.

“It was surprising to see such significant public support and agreement that fathers need to be more active in caring for their children and participating in family life. A man who takes care of his children is not and should not be a taboo or viewed as lacking masculinity. It appears that the stereotype that raising children is a woman’s job is not as strong as it may seem,” says Donatas Paulauskas, an expert of the Office of the Equal Opportunities Ombudsperson.

Dads can take care of their children as well as moms

In a public opinion poll conducted in July, 7 out of 10 respondents said that they find it normal for a man to take parental leave. The same number of people (69%) also find it normal when a man takes time off to take care of his sick children or other family member who are in need of care.

Our society (71% of women and 56% of men) believes that fathers can take care of young children as well as their mothers.

The study has revealed that there is a growing need for equal partnership in caring for children and sharing family responsibilities. 74% of women and 56% of men indicated that they would want to share these responsibilities equally.

“Interestingly, women believed in men much more than men believed in themselves. They are more optimistic about the situation and hope that men will become more involved in parenting and family life. The good news is that public attitudes are favourable to greater involvement of men in childcare,” D. Paulauskas says.

Part of parental leave – for fathers

6 out of 10 respondents believe that a father should be encouraged to take at least a few months of parental leave before his child reaches the age of two.

“It’s really wonderful that people tend to support a more active involvement of fathers in raising children. As of 2022, with the implementation of the EU directive, it is planned to introduce a non-transferable 2-month parental leave period in Lithuania in order to provide fathers with a valuable opportunity to spend more time with their babies on an equal footing with mothers. It seems that the public views these changes favourably,” says Equal Opportunities Ombudsperson Agneta Skardžiuvienė.

She also emphasizes that fathers and mothers should be able to choose the duration of their parental leave more flexibly, and it is also important to ensure that parents returning from parental leave have access to the services of kindergartens and nurseries.

The study showed that men feel a greater threat to their careers if they become more actively involved in family life. Men (32%) are more likely than women (23%) to fear that taking parental leave would negatively impact their careers. A similar number of men (39%) and women (37%) admitted that repeatedly taking days off due to family commitments would have a negative effect on their careers.

In addition to the expressed attitudes and values of our society, an analysis of the actual situation revealed a significant detachment from family life among men, and a particularly strong involvement of women. And men themselves did not show a significant need to become more involved in family life: only 56% of men stated that they would like to spend more time with their families, compared to 73% of women who said the same. Men also did not show strong support for their early involvement in childcare, which would require a career break. The statement “I would like to take a break from work while my child is still small” was supported by 71% of women and only 38% of men,” D. Paulauskas says, pointing out the actual situation that is still lagging behind all the positive expectations.

“Being a Dad is the Biggest Gift” campaign

As of today, the Office of the Equal Opportunities Ombudsperson is launching an awareness-raising campaign “Being a Dad is the Biggest Gift”. It aims to encourage men to become more involved in raising their children from the very first days of their child’s life. During the campaign, social advertisements will be broadcasted on TV, radio stations, and outdoor billboards for two weeks, and fathers will be encouraged to share their experiences of raising children on social networks.

An article was prepared during the implementation of the project “Everyone is talking about it: balancing work and personal life is becoming a reality”. The project is co-financed by the EU Rights, Equality and Citizenship Programme 2014-2020. The contents of this article do not necessarily reflect the opinion or views of the European Commission.

This article is part of the project “Everybody’s Talking: Work-Life Balance Goes Mainstream”, partially funded by the European Union’s Rights, Equality and Citizenship Programme (2014-2020). The content of it is the sole responsibility of the Office of the Equal Opportunities Ombudsperson and can in no way be taken to reflect the views of the European Commission.