Aušra Kurienė: there is nothing wrong with stereotypes if they make room for calm boys and naughty girls

“There is nothing wrong with the stereotypical roles of mom and dad,” says psychologist-psychotherapist Aušra Kurienė. “Unless they reach extreme levels where the individuality of a man and a woman, as well as the family model that suits each couple disappear. In this case there is no room left in the world for calm boys and naughty girls”. 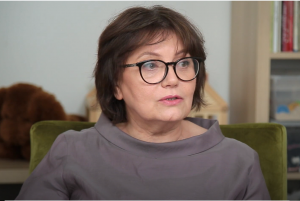 Kurienė emphasizes the fact that every mother, father and family are unique, therefore generalizations should be avoided when talking about gender roles.

“It is very easy to label everyone in some way and cause them confusion,” says A.Kurienė while talking in the context of the recent study conducted by the Office of the Equal Opportunities Ombudsperson on the involvement of fathers, and the social campaign “Being a Father is the Greatest Gift”.

Kurienė, the founder of the Children Support Centre, admits that “we live in a world of stereotypes, even if we believe (or would like to believe) that each day we are discovering the world independently. We are not discovering it every day, nor are we doing it independently”. Certain views and attitudes have a strong impact on our daily lives, but we don’t have to feel bad about it. We simply need to keep reminding ourselves to make sure that we are not trapped within stereotypes.

Mom is software, dad is hardware?

Kurienė, who has been consulting children and parents for over 25 years, says that traditionally children expect their fathers to be strong and protective, so that they can feel safe. If we think about danger or a difficult situation, fathers are the ones who defeat the enemy, encourage their children, and give them strength.

Whereas mothers are traditionally viewed as carers who provide comfort, soothe and sympathize with their children.

“Mom is software and dad is hardware. You go to battle with your dad, and then return back together to mom who tends to your wounds. A mother is unconditional love, and a father is the acknowledger of your abilities and your strength, your empowerer, your assessor,” A. Kurienė says, describing the stereotypical roles of a mother and a father.

What’s wrong with this stereotype?

There is nothing wrong with such stereotypes if they do not reach extreme levels and we do not view them as being only black and white.

“If stereotypes become extreme, this may put mothers in a situation where they are grossly underestimated, resulting in growing young girls also becoming underestimated and not receiving any support regarding their professional aspirations, since they are raised only for the “kitchen and family”,” says A.Kurienė.

For boys, stereotypical attitudes are also dangerous, since they may be pushed too hard.

“Boys too are in great danger, since the sensitive part of them – their compassion, sensitivity, ability to love and be caring fathers is seen as strange, not masculine, as if they should always be hunters dragging their catch back home. Maybe, instead, a man wishes to rather go on parental leave, be a stay-at-home dad and a homemaker, or read books with the kids instead of continuously improving his job qualifications and working even more,” A. Kurienė says, encouraging individuals and families to search for a division of roles that would suit them the best.

The psychologist-psychotherapist emphasizes that succumbing to stereotypes leads to the loss of one’s individuality and permits us to be only the following: men – active, women – passive, boys – naughty, and girls – calm.

With such stereotypical attitudes, there is no place in the world for either a calm boy or a naughty girl,” says A.Kurienė.

This article is part of the project “Everybody’s Talking: Work-Life Balance Goes Mainstream”, partially funded by the European Union’s Rights, Equality and Citizenship Programme (2014-2020). The content of it is the sole responsibility of the Office of the Equal Opportunities Ombudsperson and can in no way be taken to reflect the views of the European Commission.